ENTRETENIMIENTO VENEZOLANOS EN EL MUNDO WHO IS WHO

#UltimaHora | On Wednesday, August 23, Vice President Mike Pence @VP will travel to Doral, Florida to meet with members of the Venezuelan exile community, recent Venezuelan migrants, other local leaders and officials about the continuing devastation and unrest in Venezuela. The Vice President, joined by Governor Rick Scott, Senator Marco Rubio and Congressman Mario Díaz-Balart, will participate in a listening session with Venezuelan migrants and community leaders at Our Lady of Guadalupe Catholic Church. The Vice President will conclude his visit with formal remarks to the community. (Photo credit : VP Mike Pence by Gage Skidmore - Wikipedia) 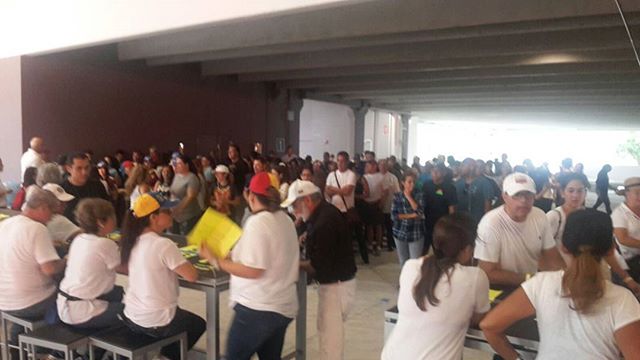 Related Topics:
Up Next

#16J | Tomorrow July 16, 2017 Venezuelans around the world will have the opportunity to contribute and decide their country’s future. Venezuelan citizens will have the opportunity to follow the process of involvement established and protected under the National Constitution. Every Venezuelan native-born or naturalized, 18 years or older (born before July 16, 1999) with their ID or passport (current or expired) will be able to exercise their right to participate all around the world. The Venezuelan National Assembly, complying with their functions, called for a symbolic deliberation in order to guarantee the obedience of the National Constitution and to restore national sovereignty by organizing and promoting citizen participation. It will be carried out under a call to civil disobedience by the people for the rupture of the constitutional thread by the Government with the proposal of a “special assembly” to redraft the country’s constitution. Citizens will be able to answer either YES or NO to the following questions:1. Do you reject and ignore the creation of a “special assembly” proposed by Nicolas Maduro without the prior approval of the Venezuelan people?2. Do you demand the National Armed Forces and all public officials to obey and defend the Constitution of 1999 and support the decisions of the National Assembly?3. Do you approve the renewal of the Public Authorities in accordance with what is established in the Constitution and exercise the right for free and transparent elections, as well as the formation of a government of national union to restore constitutional order?Sunday July 16, 2017 is the date that Venezuelan citizens will carry out the greatest act of rebellion in the history of the country with this historic call to listen to the request of the people.There is a significant deployment of ‘sovereign points’ inside and outside of the country. This will optimize the process and encourage Venezuelans all around the world to participate in masses.Follow the hashtags #Integrate #consultapopular and #16j to keep up to date. Please help us spread the word. And many thanks for your support. We highly appreciate it.